Proof I'm Not A Robot


I'm kind of in a bad mood today and we are snowed in, so I find myself stewing about all the things that are irritating me.  It's the kind of day where I'm torn between counting my blessings that we have heat and a roof over our head as the blizzard rages outside or yelling at the refrigerator because it still insists on being a side-by-side.  Cory is currently stranded in Missouri due to flight cancellations on account of the weather, so the only thing sparing us from utter ruin right now are the 6 episodes of Duck Dynasty currently stored on our DVR and a box of girl scout cookies.  Hmm...I'm actually feeling better already.

But before I get too crazy seeing silver linings and stuff I feel compelled to air my grievances about word verifications these days.  Is it just me or are they getting increasingly complicated?  I understand the whole "prove you're not a robot" concept, but proving you're not a robot is one thing; it's quite another to eat a can of Alpha-Bet soup only to poop it out and ask me to decipher the letters.  Is it that critical to prove myself?  'Cuz if it is, I think I have a few other strategies. 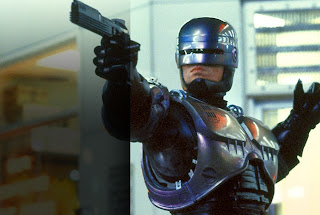 I am nothing like him.  For one thing, he has probably seen the movie.  In addition, he was a "HE", and I am a "SHE".  What, you want me to prove I'm a woman?  Fine, once 20 years ago Cory told me I had that "outdoor smell" when I was giving him a hug and I have never forgotten it.  Boom.

Next, R2D2 is probably one of the most well known robots that has influenced many generations. 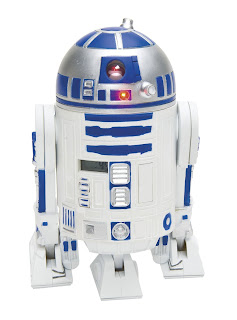 But guess what?  I AM NOT HIM.  I've never had a flashlight for an eyeball and haven't walked like that since my hysterectomy.  I've also never spoken in bleeps so I can understand if you get R2 confused with Jersey Shore, but not me.  Also, this robot is really popular and I...have a really sweet spirit.  Let's just say nobody has ever tried to turn my physique into a camping chair... 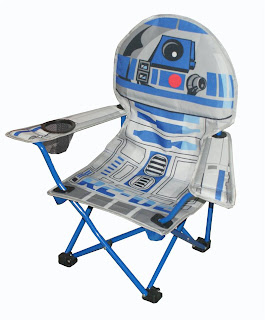 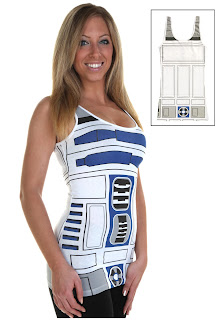 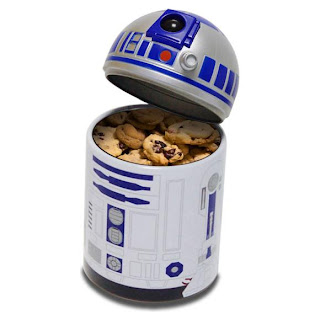 It hardly seems  fair to discuss R2D2 without mentioning his indispensable sidekick, C3PO. 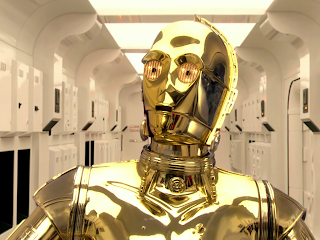 This is a trick example though, because everyone knows C3PO wasn't a robot he was a DROID.  Geez man, don't you know anything?  Proof that I am DEFINITELY not a robot but possibly a droid: 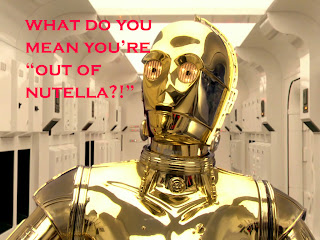 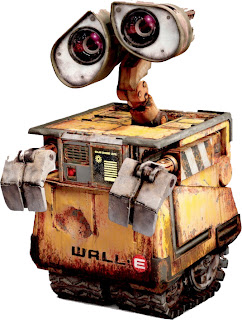 Listen, just because people fall asleep while watching me too doesn't mean WALL*E and I share the same DNA.  Obviously, because robots don't have DNA and I do.  *I* DO!  There it is boys and girls, I am not a robot.

Perhaps I should have led with the DNA argument.
Posted by Vern at 1:38 PM

Laughing super super hard. Pooping out alphabet soup and flashlight for an eyeball really did it for me for some reason.

I wish I could take credit for the alphabet soup remark, but it actually came from Drew last night at dinner. He said, "You could've eaten a bowl of alphabet soup and pooped a better comeback." Don't know where he heard that, but I was instantly committed to remembering it!

Love it. You crack me up.

well missouri has some great weather although a bit rainy. i hope he was able to enjoy it!