A Life of Joy and Peace

“I don’t want anyone wearing black,” she said.  Cory’s Aunt Lynda had made that abundantly clear.  She was dying, and everyone knew it.  She had lived a good life and accepted her diagnosis with matter-of-fact clarity, a reaction that surprised no one.  She declined treatment and spent her final weeks surrounded by her children and grandchildren, some of whom constructed the very casket she was buried in.  So here we were, a short while later, celebrating her life.

The thing about living in a small town is that when something big happens, everyone shows up.  This day was no exception.  It was well into the 90’s as the trucks and cars pulled up into the fields surrounding the community center.  There were rolls, meatballs, and frog-eye salad being dropped off in the lower kitchen while other folks (it’s the only appropriate word here) stepped slowly and deliberately up the weedy incline to the front of the church turned community center.  It’s the first thing you see when you exit the one road that leads to town; bright red with white trim, and a steeple that rises up against the surrounding mountains, daring you not to notice.  A white cross rests squarely on top.  I’ve been coming to this town for 26 years and have never once been inside.  I was told they sometimes play Bingo here, but the doors had never been unlocked during any of my previous visits.  It was exactly as I had envisioned, and it was fantastic.

The white, chipped doors opened up to a small hallway lined with memorabilia, small vases filled with assorted silk flowers and extra chairs for guests.  The pews were already overflowing with family and friends who came to show love and respect for a woman who didn’t own a computer but reportedly made the best apple pie in the valley.  Wood paneling served as the backdrop for a small painting of the Last Supper, and creaky, warped windows were propped up by hymn books to offer air flow into the non air-conditioned room.  A slide show played quietly near the pulpit as I gazed beyond the rows of Wranglers and work boots to watch mini reunions happening all around me.  This valley holds generations of memories among cousins, friends, aunts and uncles, siblings, teachers and, well, everybody.  Remember?  When something big happens in a small town, everyone shows up.

Her son shared some beautiful thoughts and memories before opening it up to the crowd.  She loved butterflies and God.  She had pen pals and was a prized cook.  She played Wilma Flintstone for years (a story that Good Morning America planned to interview her about right up until she was overshadowed by a white Bronco speeding away with O.J. Simpson in it.)  There was laughter as well as tears but the most important thing is that Aunt Lynda would have loved it.  A young girl stood up to sing Amazing Grace.  She wore a white, flowing dress and the room was still but for the faint sound of makeshift paper fans cooling the patrons as she sang.  T’was grace that taught my heart to fear, and grace my fears relieved.  Aunt Lynda was not afraid to die.  “In fact,” her son noted, “she welcomed it.”  Many speculated that she looked forward to a reunion with her husband who had passed years ago.  Yea, when this flesh and heart shall fail, And mortal life shall cease, I shall possess, within the veil, A life of joy and peace. 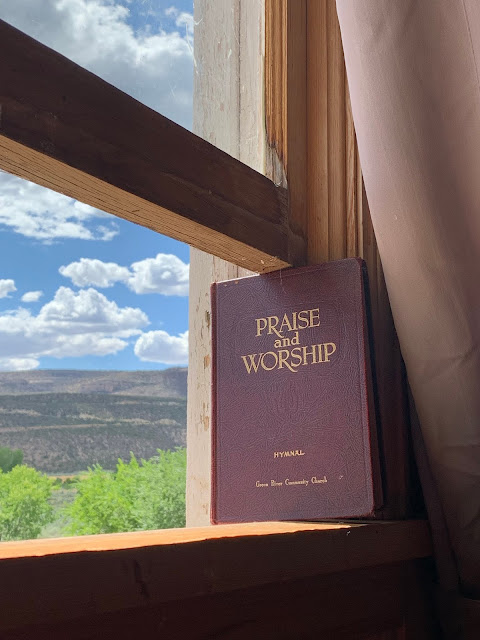 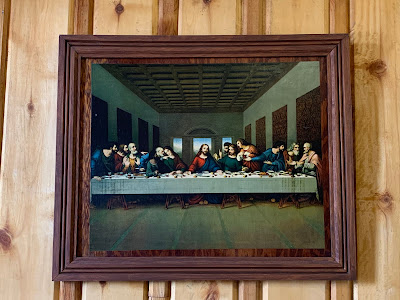 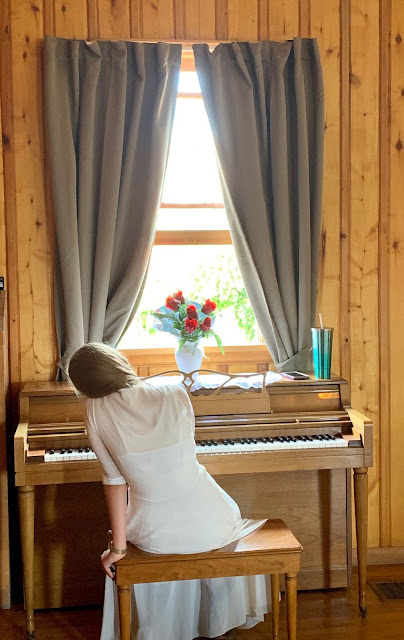 (This is the same girl who sang Amazing Grace - I don't remember her name, and she doesn't know I took this picture. As the crowd gathered for a meal downstairs following the services, she meandered up to the piano and began plunking away. I was doing other things when I looked up and saw this scene and snapped a quick picture.)
Posted by Vern at 12:26 AM

Nice article.Keep posting! Try to check this too
DogsNStuff.net