There we were, sitting across from each other in a booth at Chipotle trying to quickly chow down some lunch as we hurried to Samantha's Cross Country meet.  Cory was dousing his burrito with hot sauce and I was inhaling my diet Coke, rambling on about some inconsequential information for sure.  Suddenly I realized that Cory had paused and was now staring at me so I looked up, met his gaze and said, "What?"  He just smiled at me and responded, "You know, I think you get prettier the older you get."

I kept waiting for him to follow it up with something bad like, "Did you hear that Netflix is going out of business?" or, "I saw on the news that Pottery Barn has been acquired by JCPenney."  But nope - he just went back to eating his burrito.  And just like that he made up for all the times he has farted on me in his sleep.

Cory's declaration, however, was a bit of a revelation because I was like, "WAIT.  I thought I peaked in the 1st grade." 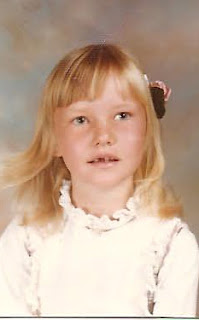 Actually, no.  It was 7th grade, the year my brother's friend sat down next to me at my nephew's baby blessing and introduced himself by asking, "Sooo...are you Mitch's little brother?" 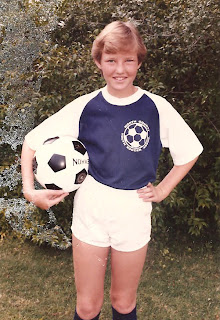 Or maybe I was getting that confused with the golden years in high school when my self esteem really began to take shape: 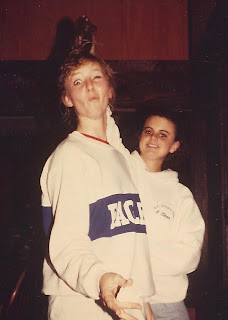 Then again, there was that time I dressed up as a rap star for a Primary activity: 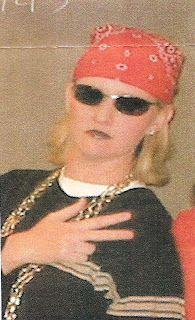 (it's a scan of scan folks, deal with it)

But Jill looked way worse than I did, so at least I had that going for me.  Not that dressing like a Jamaican at a political rally doesn't have its place: 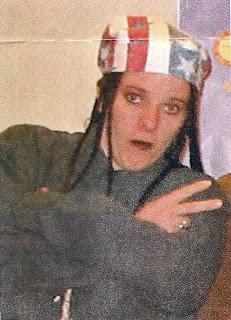 Certainly, we can't overlook how stunning I can be when someone takes a picture of me yelling at them in the dark: 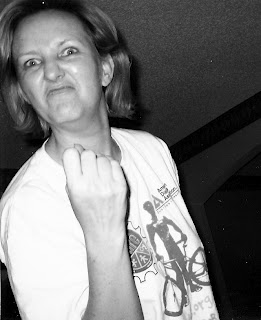 I think when Cory told me I was getting prettier all the time he was forgetting that my friends and I had this photo taken at Wal Mart once:  (can you spot me?) 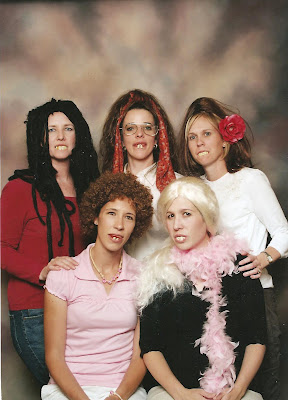 Or perhaps he was reflecting on this doozie taken after Drew was born and he wanted to express how far I've come.  You guys, I don't even know what to say about this except "you're welcome", "I'm sorry", and "this hurts me more than it hurts you." 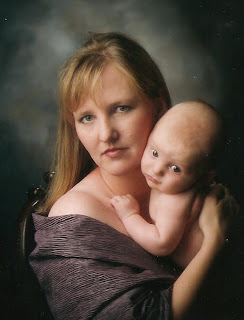 Anyway, the point is when a man can look over his burrito and tell a woman she is beautiful and not follow it up with, "We have to sell all of our belongings on eBay to pay this month's mortgage", she should hang on to him for dear life.  And as you can see, I'm taking my own advice. 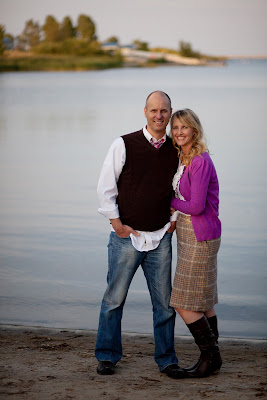 This batch of family pictures (with the pink!) is so great. Thanks for posting them on FB.

But you always look good.

I don't know. I'm quite partial to that lovely portrait you had taken at Walmart. I think that might be the one you frame and put on the wall.

Little brother hahaha!!! Thanks for that one.

And yes, Cory gets major points.

That baby shot is amazing, don't even stress.

AND Cory said that before the preisthood session... he's totally spiritually in tune. Lucky girl.

That baby shot is amazing, don't even stress.

AND Cory said that before the preisthood session... he's totally spiritually in tune. Lucky girl.

Apparently compliments also make you uncomfortable:) I'm glad to see you are back in fine blogging form? Also, was it Vanessa that sent you the pic? I just love that.

I am DYING, Vern. Dying.

Yes it was Vanessa. Totally made my day!

Love it! He's definitely a keeper :)

Loved this...and it's so good to be reading your blog after such a loooonnnnngggg time away.