"It's a small world, but I sure wouldn't want to paint it."
~ Stephen Wright
I've been gone from California longer now than I ever spent living there, but visiting still feels like emotional CPR.  The vines climb the bridges and guide me to Balboa Park, the ocean air whispers calm to my whole being, and the smell of eucalyptus transports me back to a moment as a child, driving in our family suburban with the windows down.  Ask me about any slumber party I ever attended as a child and I couldn't tell you much about it (except maybe the one that got a little wacky with the Ouija board for the girl at school who preferred to go by "The Golden Unicorn" as opposed to her given name), but pull out a fresh branch of eucalyptus and it's not just a slave to the glue gun and a bad Michael's craft, to me it's home.  Family.  Security.  Love. It's ME, minus the stretch marks and sarcasm.

This recent jaunt to my home state packed in 3 full days at Disneyland, one day in Hollywood, and one day in San Diego.  One key observation about Disneyland is that I would like their staff to come clean my toilets.  Dude, that place is spotless.  You know how most public trash cans look like chewing tobacco depositories for all the New York Yankees?  Disneyland's cans must come with their own cleaning fairies because not even once did I go to throw something away and think, "Jackson Pollock has been here experimenting with a new medium of vanilla soft serve and ketchup."  Also, have you ever met an amusement park that didn't have several corners that smelled like urine, especially indoors?  Well peeps, meet Disneyland.  Not even through the 2 miles of cave that form a line to the Indiana Jones ride did I get a single whiff of urine, and seeing as I can't even accomplish this within the walls of my own home I give serious props to the cleaning powers that be at Disneyland.  We wrapped up night #1 with the World of Color show and would you believe I thought of you guys during the program?  I totally did, because I was wishing all of you could be there to see it too.  I had no idea you could do such cool stuff with water and left feeling like this show should write a letter to all the tsunamis that says, "Here's how you can play nicer with your friends."  But since you guys couldn't be with me I took a little video to share - it doesn't do it justice, but it's still kinda cool.  Imagine you are Jack Sparrow and it hits even closer to home:

The "It's A Small World" ride was closed while we were there but the sentiment wasn't lost on us as we ran into EIGHT families that we knew from church and school.  Samantha was able to hook up with one of her buddies while rubbing elbows with Pluto which worked for all parties involved: 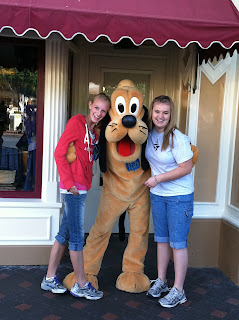 Oh Mickey, you're so fine this roller coaster blew my mind: 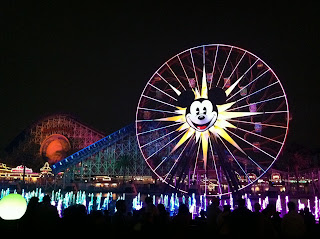 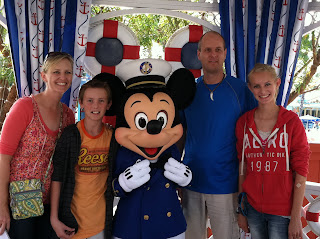 Space Mountain: I'm the one that looks like I was just told that I was about to undergo a colonoscopy using a scope with razor blades and no anesthesia.  Cory looks ready for a Motley Crue concert, and Drew (sitting in the back row behind him) is pretending to be asleep.  He ain't afraid of no ghosts. 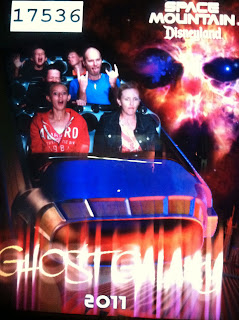 Me and my friend Jill pretending to be trapped in the Toy Story box.  A Disney employee approached us afterward and said, "I've seen a LOT of pictures taken in that thing but I've never seen anything quite like THAT."  I think he liked it, in a twisted Disney janitor sort of way. 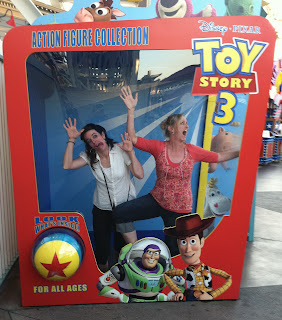 I TOLD YOU HE WAS ALIVE. 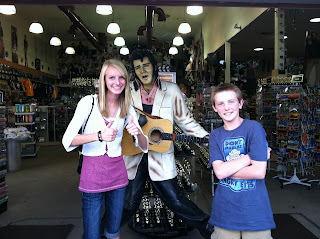 Why do I always look so wrinkly?  And why does Jill look stoned? 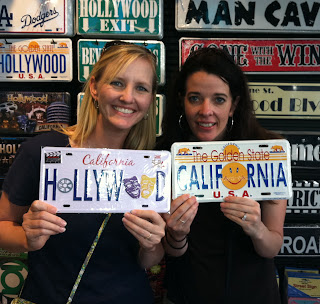 I don't remember the joke, but I bet it was good. 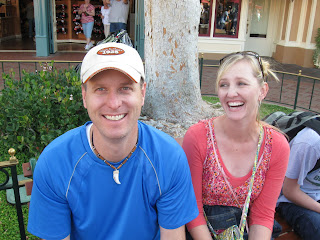 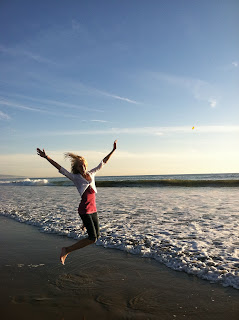 The picture that left me wondering how I would ever manage to get myself back on the plane to Colorado: 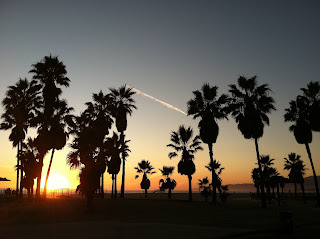 Wrinkly?! I think you look fantastic! And even though I'm still in my twenties and care about what people think, I don't know you so I don't HAVE to say that. :)

And welcome back. Lovely weather we're having.

LOVE the pic of you and Cory. Love it.

I noticed those same things about Disneyland when we were there this summer. I also noticed that there is no bugs (except those that are supposed to be there, like in the Bug's Life show). No, nary a one. Even at night when the temps are balmy and there are thousands of bright lights that in the real world would have attracted every moth within a 150 mile radius.

Disneyland is awesome! My favorite vacation with my kids. They sure know how to run a place right. Last month at Disneyworld I lost my camera (major sadness it had Sierra's baptism pictures on it) and I called lost and found. They took info and asked what was the last picture I took. I told them and do you what??? TWO, TWO days later they called and said they found it. When we got it I turned it on and it was on the last picture I took. They were that good. Then two days ago I get a letter in the mail with $4 in it. Apparently I had some cash in the camera case and they had it in their safe and forgot to give it to me when I picked up my camera. Seriously the most magical place on Earth.

Dude, can people STOP posting their photos of their trips to Disneyland? My husband is like, "Let's stop paying our house payment (in our empty Utah house) and go to Disneyland." Yeah. Like that's a good use of our money and credit score. Only now I'm in, and it's your fault.

Have you noticed that all the bathroom signs apply to the "land" you're in? I love it.

I agree about the picture of you and Cory. I love your smile in that one. That wonderful world of color WAS amazing, I loved it too. Never thought about the urine and trash cans?! Gross! I also love the one of Samantha by the beach. You need to blow that up and put it in her room. :)

You look amazing. And skinny. And amazing a few more times.
*sigh*
That looks like a lovely vacation. How are you liking this "welcome home, sucker" snow? Nice, Colorado. Reeeeeeal nice.
Also? Your pictures have ignited a firestorm of controversy in our home. How tall is Samantha? Tre is clinging to hope that he is at least AS tall as she is. I informed him if that was important to him, he could have chosen his parents more carefully. He looked at me with pained irritation.

So....if I could pick a person to go to Disney with it would be YOU! It would be like having my own cool Disney character to hang with while in the park!

Mortensen Baby Farm: Are you saying I have big ears?