Fox Mulder Is An Optimum Pooper

Some of you know him as “Mulder” from the X-Files. 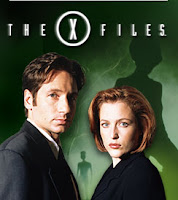 For me, I prefer to recall David Duchovny (Bob) as the grieving widower trying to brush up on his rusty dating skills as he takes an interest in Minnie Driver (Grace) in “Return To Me”.

(Remember the part where he asks to hold her hand? And when he bought her a new bike? And when his heart spoke before he had time to think and he confessed how good she smelled?) This is the movie that caused me to fall in love with David Duchovny. One time I watched David play “Celebrity Millionaire” and when he got stuck on a question he used his wife as his “Phone-A-Friend”. This made me like him even more for two reasons. One, “Awww…his wife is his FRIEND!” And two, his wife didn’t know the answer to the question either and as the time ran out on the clock for her to help him she said, “Oh honey, you’re so screwed!” and then he laughed, which made me respect their relationship. Later when I found out that he was kind of a creep in real life I tried to plug my ears and go, “La! La! La!” because I wasn’t interested in my image of Bob Rueland, lover of gorillas and monogamy, being tainted.

But alas, his career kinda went in the crapper (which will make even MORE sense in a minute) and he’s one of those celebs who now has to take his money where he can get it. How else do you explain that he is now the voice for a commercial like this?

“Now I’m not just a GOOD pooper, but an OPTIMUM one.” Too funny. I'm wondering, do you think the dog would have agreed to being filmed had he known the nature for which it was going to be used?  And one more thing, do you think this stuff is effective on humans too?  I know a guy who would pay GOOD MONEY....
Posted by Vern at 2:19 PM

wow. optimum pooper. what does that even mean... I mean really? is there an optimum for poopage?

How did you figure out that op poop voice was his? You really are a fan. I'm sorry he's not as noble in real life. Dang! I hate it when my bubbles are burst. I WANT every one I like to be good and true. Doesn't always turn out that way, huh!

I know that dog would have paid good money for someone like 50 cent, I think he even has better teeth and obviously higher breeding.

Dude. Cracks me up. We were watching X-file reruns on late night cable for awhile, and this is just too funny.

Return to me! Oh how I love that movie. Just love it. It doesn't matter how many times I watch it, when he walks in and tells the dog she's not coming home, I just BAWL. And I love Tea Leoni. I hope they stay married, even if he is a creep.

I love that movie and I refuse to believe he's a creep! (La la la!) :)
Is that really his voice?

I was watching something online the other day and Pedigree was the sponsor. When this commerical came on (you know, "You're show will continue after a brief ad from our sponsor")I heard my husband from the other room say, "What on earth are you watching?" Hehe.

And, have you noticed that Patrick Dempsey does voice-overs on the Mazda commercials?

Best David Duch*v*ny (or whatever) role of all time. OF ALL TIME!!!

Does anyone remember that song that had a brief stint on the radio during the height of X Files? "David Duchovny, why won't you love me?" I didn't think so. It is hard to see him do a commercial like this.

I guess it shows that when you screw up, life really does go in the crapper!

So cheer up... maybe he'll be on Dancing With The Stars someday...

I hate it when my world comes crashing down on me. At least Johnny is still doing good stuff. :)

And that's why I refuse to fall in love with a celebrity. You just never know.

I KNEW that I recognized that voice! Wow, what a horrible commercial...the dog is probably embarrassed.

I loved Return to Me, but I always felt kind of stupid about it because that whole heart transplant thing was just a little bit too silly, but I'm sucker. What can I say?

I love Return to Me. And I hate that someone you think will actually, finally rise above the rest of the Hollywood trash, they crash your bubble. Dang them.

Return to us David!