Sometimes my favorite part about Christmas is when it's over.  Not like it isn't awesome for your kids to open a Wii on Christmas morning and exclaim, "Now we're like a normal family!" but there's only so much cheer I'm capable of spreading and it stops short of doing cartwheels over the alarm clock I got for Cory (it reflects the time on the CEILING!).  The bad news is I couldn't take one more day of all The Stuff.  The good news is I think this reduces my chances of ever being featured on "Hoarders".

So today the kids and I spent ALL DAY taking down lights, throwing trees, garland, nativity scenes and whyistheresomuchcrap into boxes, and sweeping and vacuuming in order to get our life back.  I can breathe - all is well.


But before that there was the Wii, Britney Spears, and Drew:


The kids showed me how to make a Mii, so I tried to make Hugh Jackman: 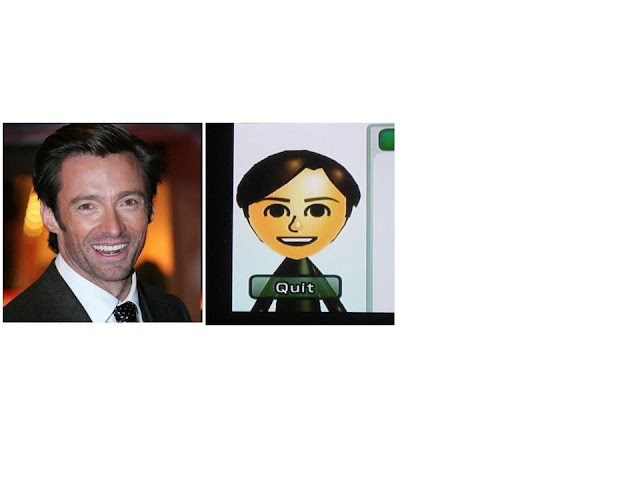 Drew had two things on his list this year:  jeans, and fake facial hair.  We splurged and got both - we already had the sombrero: 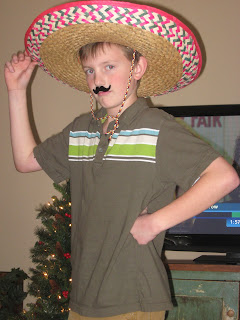 Ooh!  And remember when we went to the Bahamas? 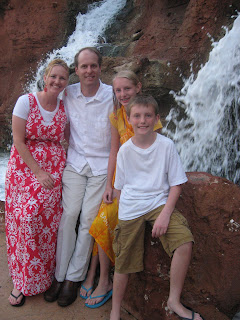 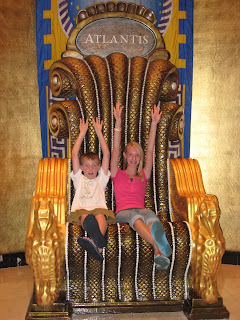 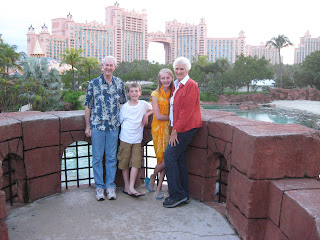 That reminds me, did I ever tell you that Cory was a redneck for Halloween and Drew was a Chipotle burrito? 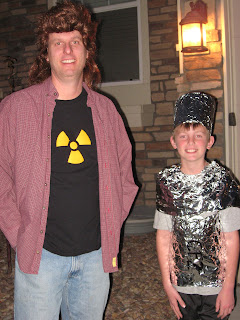 I could keep going, but if I'm not careful, before you know it we'll be talking about the time I sang "Happy Birthday" to some Jehovah's Witnesses in an elevator several years ago.  Now, time to go set some goals for 2011 that I have no intention of keeping.
Posted by Vern at 10:58 PM

I spent most of the day cleaning and putting away and taking things down and I thought "am I a total scrooge?" I guess I'm not the only one who was in a hurry to get life back to normal!

Drew is going to kill you! ;) Very funny, though!!! You should have seen the avatar Jim made for me for the XBox so I can play my Kinect fitness game. He gave it features I would want to change - bra top, leapard print tight pants, etc. :)

We took everything down Sunday. Trust me. It WAS a righteous activity...

(and we may have a contest going on who can make the ugliest mii...)

Kerri has a mii named Shankskill, all the other mii's run from him.

We got a Wii for our kids too, and my daughter's response was pretty much the same as your kid's.
At least we're all normal now, right?

We didn't actually get any of our decorations up until about a week before Christmas, so I've decided that we will be leaving them up a bit longer. (I'm pretty sure this has nothing to do with the fact that I just plain don't feel like all the work it will be to take them all down and put them away)

We got a Wii too! So fun!
At least you didn't take it all down Christmas day! I have a friend here that opens presents, goes to breakfast with her family at IHOP, then puts away all Christmas things, vacuums, and dusts, before dinner!

Oh yes, my kids got one last year and I think we have Mii's for every stinkin person they know! (And a few that I have never met!) I sometimes think they like making the Mii's more than playing the games! Although, I must admit that Harry Potter is getting more than his fair share of playing time at our house.

You must have inspired me because we took down all our Christmas stuff last night! It's like getting a whole new house again, bigger and cleaner.

I decided we are leaving our Christmas stuff up until El dia de los Reyes (Jan 6th) because that means everyone gets an extra present. Can't wait to see what I get!